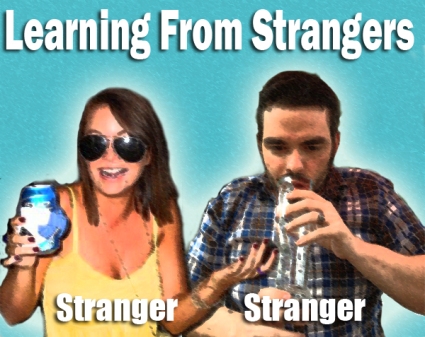 It’s been quite some time since we’ve written, which is a line I tend to begin news postings with after Model Husband has seen a drought of posts. I, however will no longer make claims that our posting schedule will suddenly ramp up after the layoff as that’s simply not accurate. I happened to learn that strategy from a couple guys I overheard talking in a diner. What it boils down to is that by making statements like that, regardless of veracity, readers anticipate something new and thus we stay relevant. After you make that claim multiple times, it no longer works.

We have been busy, however and I wanted to share some stuff we’ve been working on. We’ve got quite a few articles in the hopper, some mere thoughts while others are a bit more developed. Instead on inundating people with garbage, we’ve opted to focus on quality (which ties back into our above statement).

In the meantime, I’ve been working with Holly Ann Phillips from The Bitter Lemon on a podcast called Learning From Strangers. We thought talking from the perspective of a single career driven woman and a married stay at home husband was unique and interesting and since have delved into topics such as creepiness, cats and our most recent conversation about New Year’s resolutions. We’re quite proud of it at the moment and would love it if you stopped by and checked it out. Also, check out Holly’s blog as she’s an incredible writer that has opened up her life’s triumphs and mishaps for the world to see.

Finally, I’ve gotten quite a few essays in my book of Life Advice Book For Children (its a working title) finished and will be posting a preview up on the site later in the week. I am hoping that this will be my first published work though I plan to self-publish if need be as this will be the most important literary work to grace the world for quite some time. While the book is aimed at children, children probably shouldn’t read it. If anything it’s a tool for adults to realize the mistakes they’ve made in their own development, written by a guy that watched a lot of Dr. Phil and reads books sometimes.